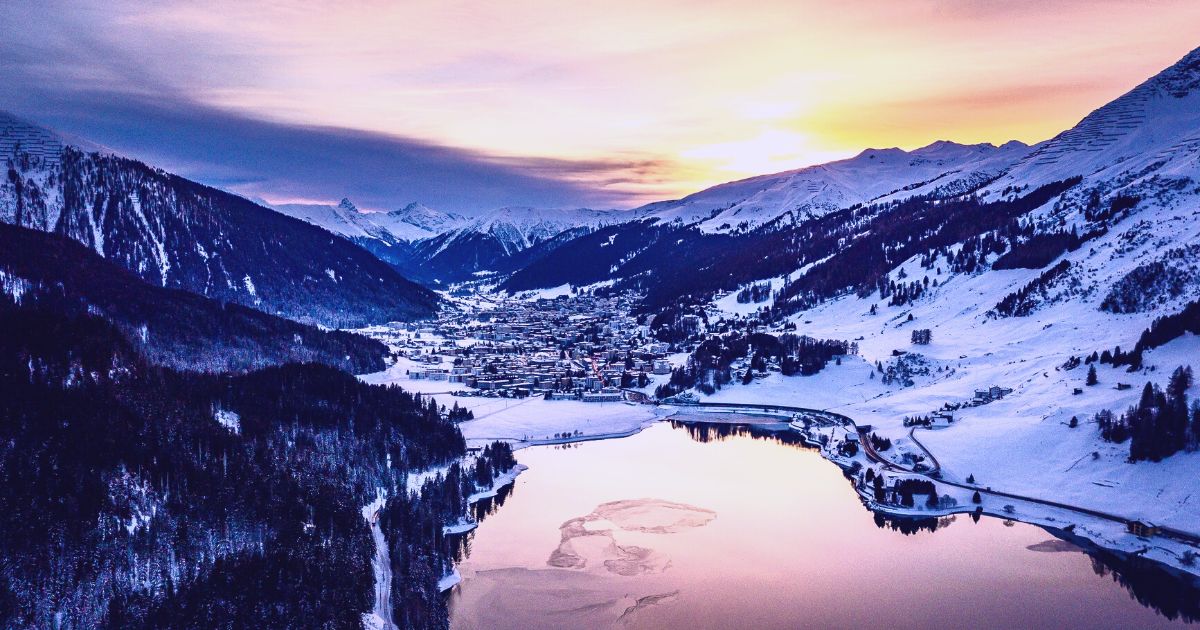 Last week, leaders from government, business, and civil society gathered in the Swiss Alps to discuss today’s biggest global challenges at the annual meeting of the World Economic Forum (WEF). Taken together, these challenges have been dubbed a global polycrisis – and there is no easy way out.

In Davos, Russia’s war in Ukraine was top of mind. The threat to global cooperation posed by Russia’s invasion as well as global inflation and rising energy prices were in the spotlight–and these circumstances put significant strain on the ability of global leaders to fulfill and ramp up their commitments to reduce global emissions.

In spite of this, today’s leaders are unable to avoid the responsibility for addressing climate change even in the most challenging of circumstances. The impacts of climate change are accelerating and intensifying, and mitigation and adaptation need urgent attention in equal measure. So, what happened at Davos this year to help break through the barriers to action, and what can we expect for global cooperation on climate change in the year ahead?

The emergence of a global climate economy

In recent years, governments have introduced new incentives to boost climate investments and accelerate the development of critical climate technologies. In particular, the 2022 passage of the U.S. Inflation Reduction Act (IRA) signaled a new industrial approach to climate action by introducing significant tax credits that sweeten the economics of clean energy development and deployment. However, the IRA’s domestic manufacturing requirements have provoked EU leaders who see the IRA as harmful to transatlantic economic relations.

This new tension was on full display in Davos, which offered a timely opportunity for EU leaders to air out their concerns about the IRA’s impact on EU member economies. A discussion this week between U.S. Senator Joe Manchin, a major architect of the IRA, and German Chancellor Olaf Scholz over the IRA’s impact on automobile manufacturing investments highlighted the dynamics at play. The EU also announced that it would put forward a new law to support clean industry in Europe. Though the U.S. and EU stayed committed to their respective positions, their discussions at Davos will undoubtedly be a more prominent feature of the transition risk that international trade relationships will need to consider as the race to decarbonize economies accelerates. It’s critical that leaders don’t lose sight of the bigger picture even as the rapid deployment of clean energy sends ripple effects through the global economy.

“...it is no secret that certain elements of the design of the Inflation Reduction Act raised a number of concerns in terms of some of the targeted incentives for companies. This is why we have been working with the US to find solutions, for example, so that EU companies and EU-made electric cars can also benefit from the IRA. Our aim should be to avoid disruptions in transatlantic trade and investment.”

More than ever before, governments understand the link between climate action and economic competitiveness, the development of new industries and prospects for jobs, and resilient infrastructure and national security. Those who invest in transitioning their country’s resources and reskilling their workforces in support of climate resilience will benefit from a wealth of opportunity that exists amongst so much risk. Although climate has not always been a top agenda item at Davos, this growing understanding of these linkages suggests climate will only become a more prominent topic at future meetings.

The elephant in the room: global business emissions

At any global gathering, it’s safe to expect that UN Secretary General Antonio Guterrez will sound the alarm on climate change. In Davos, Guterrez didn’t shy away from singling out the most critical industry in the energy transition: fossil fuels. At least 27 coal, oil, and gas business leaders attended the WEF. As Gutterez, put it, “their business model is inconsistent with human survival.”

Greta Thunberg showed up in Davos with a “cease and desist” letter addressed to fossil fuel companies considering new oil and natural gas projects. News that this year’s COP28 in the United Arab Emirates would be presided over by the head of the UAE’s state-owned oil company further contributed to the cynicism felt by many climate activists toward global gatherings that put climate change on the agenda.

Still, a rapid and orderly energy transition cannot happen without the participation of fossil fuel companies. Occidental Petroleum CEO Vicki Hollub’s panel remarks captured a common stance of fossil fuel companies on the energy transition: “The enemy is our emissions. It’s not the energy source. What we really need is a more thoughtful transition, and the transition has to be one that is built around ensuring that we don’t leave developing countries behind.” But this stance also deserves scrutiny, as developing countries should be supported to build out competitive, clean energy infrastructure from day one. We don’t have time to lose.

The task for global leaders is to clearly assign responsibility for the necessary transition and set up the mechanisms of accountability for that force progress. Longtime climate leader and former U.S. Vice President Al Gore’s Climate TRACE initiative was highlighted in Davos for its work to compile a complete, independent emissions inventory for 241 countries and territories. Using their data, Climate TRACE found that emissions from oil and gas production were three times the amount that they self-reported to the UN, at 2800 mt CO2. This level of transparency is a powerful driver of change and a key component of networked information–something Cervest understands as a climate intelligence company.

For the private sector, emerging regulations are a big step toward better accountability and enforcement. This is all the more important after researchers revealed substantial issues in the voluntary carbon market published just in time for Davos. Most companies are relying at least in part on carbon credits to achieve their Net Zero commitments. With massive doubt now cast on forest offsetting projects, companies are faced with the need for even deeper emissions reductions as well as critical investments in adaptation and resilience as the mission to keep global warming below 2C grows even more precarious.

Davos may not have yielded any climate breakthroughs, but the discussions that took place last week demonstrate the juncture the world has reached in its efforts to address climate change. Never have these efforts been understood as so integral to global prosperity, and there’s value in bringing together the highest echelons of global society to drive home that understanding. The focus is shifting to the delivery of real, concrete progress toward the numerous government and private sector climate commitments that have been made.

The themes of this year’s WEF meeting elucidate why that progress is so difficult. Between the lines, though, there are major changes underway that will transform the rules that underpin economies and societies. The movement toward transparency and accountability–and the new forms of collaboration these principles support–will give way to the action we need. Whether the world moves quick enough to avoid the worst impacts of climate change is an open question–as is whether WEF chairman Klaus Schwab will still be presiding over the Davos annual meeting when that time comes.

To stay up-to-date with the latest news and insights from Cervest, subscribe to our newsletter.