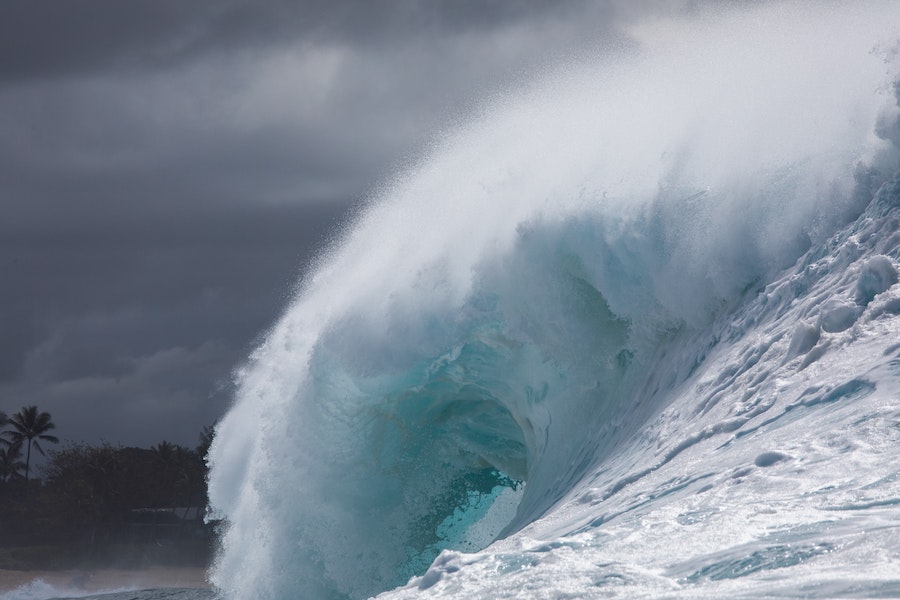 As part of our celebrations of International Day of Women and Girls in Science 2022, I interview renowned expeditionist Rosie Stancer about how her 600km trek across the world’s youngest desert shaped her views on humanity’s relationship with water and the importance of supporting women in climate science.

Rosie, thank you for talking to us for International Day of Women and Girls in Science. The theme of this year’s event is ‘Water Unites Us’, so I wanted to start by asking how have your expeditions across the world shaped your appreciation for the power of water?

I’ve dedicated the past 25 years of my life to the exploration of remote, largely untrodden parts of the world. That means I’ve faced more than my fair share of ‘extreme’ environments, from the ice of the frozen arctic ocean on the way to the North Pole, to the ice cap encrusting Antarctica on my way to the South, to the grim contrast, as we will no doubt discuss, of the arid planes of the Aral Kum; the world’s newest desert.

During my expeditions I have witnessed the full power of water on a number of occasions. I am very much the humble house guest to my formidable hostess, water. The scale and the drama with which water can operate has never ceased to frighten me, demand my respect and hold me in awe-filled wonder. From its ability to restructure entire continents, from the shrinking of the ice over the arctic ocean with warmer temperatures and powerful sea currents, rendering it a violent, turbulent place, right through to the transformation, by the hand of man, of a bustling, bountiful sea into the stark and barren desertscape of the Aral Kum.

"During my expeditions I have witnessed the full power of water on a number of occasions. I am very much the humble house guest to my formidable hostess, water."

You and your longtime teammate, Pom Oliver, recently became the first people to traverse the Aral Kum. For those that don’t know, could you give us a quick overview of how Aral Kum turned from sea into desert land and why you made this journey?

The Aral Sea - a name that roughly translates to ‘sea of islands’ - was once a bustling seascape fed by two rivers: the Amu Darya in the south and the Syr Darya in the east.

In the 1960s, the Soviet government diverted the rivers in an attempt to grow and nourish crops elsewhere in the Union, primarily cotton as well as fruit. As a result, the once-bountiful sea quickly began to shrink. Now, just a few decades later, 90% of the area once covered in water has become an arid desert, with high salinity, and toxic with pesticides and herbicides.

The near-disappearance of the Aral Sea has had a profound impact on the local climate. Summers in the region have become excruciatingly hot, with temperatures often exceeding 50 degrees, as we experienced, while the winters have grown colder. Also, the area now suffers from more frequent and extreme dust storms, a constant issue for the people who continue to live in the basin. Especially as these storms have picked up the toxins resulting in widespread health issues amongst local communities.

These drastic changes have decimated local communities. The Aral sea was once the world’s fourth largest body of inland water, home to numerous seafaring industries, in particular fishing. But thanks to the area’s rapid desertification, these industries were all-but destroyed.

The purpose of our journey was to bring international attention to the factors that caused what I believe is the worst man-made natural disaster in history, but as a non-judgemental expedition; we did not want to cast blame on particular people or institutions. We simply wanted to make people aware of what happens when we meddle with our environment. We also wanted to see what measures were being undertaken in an attempt to remedy the situation, and whether they were having an impact.

What did trekking across the Aral Kum teach you about the impact of human activity on our access to water?

One of the reasons I wanted to cross the Aral Kum was to witness the impact the sea’s disappearance was having on the local people, rather than reading about it in vague reports and articles. This is why we chose a route that incorporated as many diverse parts of the area as possible, from the steppes to the salt pans, the sands and edge of the remaining sea, as well as the few remaining fishing communities.

When we were there, we found our way strewn with animal carcasses, horses, camels and cattle all instinctively following their traditional water routes only to find there was none, and the rusted wrecks of abandoned ships - stark reminders of the life and industry the sea had once been home to. There were no crops anywhere, because of the high salinity of the soil. The environment was so inhospitable that both Pom and I fell ill, to the extent that Pom had to be evacuated. We now understand that this was, very probably, because of the toxicity in the atmosphere.

These changes happened in roughly 40 years - well within a single lifetime. This is one of the reasons I think the Aral Kum is so significant, striking and deserves our attention. It’s a sobering and relatable reminder to us all of how large an impact human beings can have on the environment, especially on our ability to access water, and how those impacts inevitably transcend national borders. Faced with the evidence of the Aral Kum, our relationship with water looks a lot more tenuous. It is a lesson in respecting our resources which are finite and valuable. One day, humans might also find themselves desperately following routes to water, only to find none.

"Faced with the evidence of the Aral Kum, our relationship with water looks a lot more tenuous. It is a lesson in respecting our resources which are finite and valuable. One day, humans might also find themselves desperately following routes to water, only to find none."

What role do you think women and girls can play in protecting communities from the effects of climate change, through science in particular?

I think women and girls have a key role to play in addressing the causes and consequences of climate change.

Working to reach Net Zero faster, and protecting things like water resources from the damage we have already done, will take a global effort. This is not a gender issue - everyone must play their part. But for that to happen, we need to remove the obstacles to women and girls building successful careers in fields like science and engineering.

Scientific study will be especially important if we’re going to prevent man-made natural disasters like the Aral Kum from happening again in the future. This is why I’m glad to see so much effort and enthusiasm - not least in observation of the International Day of Women and Girls in Science - being directed at helping girls forge long and productive careers in areas like climate science. This initiative should be both encouraged and applauded.