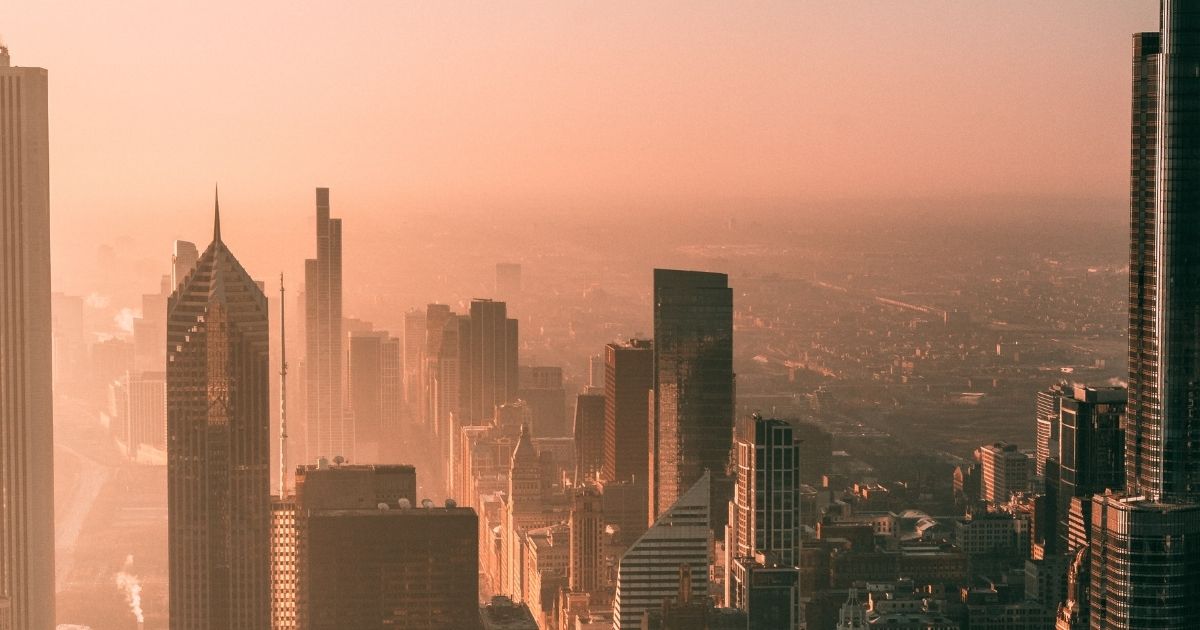 In part one of this blog we talked about the effect of climate change and heat stress on cities, and the dangers of failing to build resilience into our infrastructure. In this instalment, we discuss what heat stress resilience looks like, and how it can – and must – be built into our cities.

The pressure to build resilient cities is on

Climate resilience describes the capacity to cope with, and respond to, climate change. The process of developing that resilience is adaptation – adjusting with climate change to prepare and recover from future shocks such as heat waves or flooding. As climate change increases the frequency, severity and duration of heat events, it’s essential that city planners begin adapting infrastructure now.

Heat-related mortality is increasing. In high-income countries, extreme heat is one of the leading causes of death, reports The Lancet. A recent study in Nature Climate Change found that a third of all heat-related deaths over the last three decades can be attributed to climate change. In 2021, more than 400 weather stations set new temperature records.

The urban heat island effect – where urban environments are significantly hotter than surrounding, less built-up areas – exacerbates the issue of extreme heat for billions of city dwellers worldwide. With the percentage of the global population living in cities set to rise from 55% to around 70% by 2050, climate change will put increasing pressure on city planners, governments, businesses, and citizens to accelerate their climate adaptation efforts.

Prioritizing heat action planning is key to preventing deaths, negative health impacts, and damage and disruption to essential infrastructure. To do that effectively, city decision-makers need to first understand their exposure to extreme heat (along with other climate hazards) and how it could impact their citizens now and in future.

One-size-fits-one when it comes to planning

Every city is different. Each has a unique character, population and landscape. How these factors interact with climate determines a city’s precise climate risk, and the most effective actions for building resilience. Despite similar population sizes, heat adaptation plans for Austin, Texas will look very different to those for Birmingham, England. Dubrovnik, on the coast, will have different considerations in comparison to landlocked city Vienna. Older cities like Lisbon will need different approaches than more modern, gridded cities, like Chicago. Sociodemographic differences must also be accounted for: older and younger populations are more susceptible to extreme heat and tend to spend more time in institutional buildings like schools, hospitals, and care homes.

For city planners, there’s simply no one-size-fits-all approach to climate resilience. Although vital lessons can be learned from (and shared with) other networked cities, effective adaptation strategies depend on city-specific knowledge and clear, science-backed insight. Climate Intelligence – on-demand, dynamic intelligence about how climate risk will impact a city, its infrastructure and its inhabitants now and in future – provides planners and policymakers with this unprecedented, and essential, clarity.

How to heat stress-proof a city

Resilient cities are not a new concept. Throughout history, cities’ survival has depended on their ability to continuously adapt to social, economic, and environmental change. Many failed and were lost, like the ancient dead cities of Great Zimbabwe or Cahokia.

Adapting cities to ensure their resilience to extreme heat events and long-term heat stress is a rigorous undertaking. It requires city planners to continuously analyze, strategize and implement effective actions to protect infrastructure, businesses, resources and citizens. Here are four principles for how it can be done.

1. Put climate at the heart of city planning

Extreme weather can affect an entire city's infrastructure in multiple ways. The US heatwave in July 2021 melted power lines and buckled roads, cutting communities off from power needed for cooling equipment and disrupting transport links to essential services like hospitals. With city temperatures predicted to increase by up to 10°C by 2100, most existing infrastructure will have been built for the climate of the last century, rather than the climate it will experience this century.

We can’t rebuild our cities from scratch, but we can evolve them. The continuous renewal and addition of new infrastructure provides opportunities to build in resilience. Every decision can – and must – have climate at its core. City planners must design each new asset with climate adaptation integrated throughout its lifecycle from the earliest planning stages, safeguarding communities and infrastructure by incorporating heat sensitive urban planning and design.

Although the precise heat stress risk to each city is unique, understanding the risk of (and responses to) heat hazards in other cities as well as their own enables planners to share information, develop insights and coordinate solutions.

A city is only as resilient as its greatest vulnerabilities. To understand a city's heat risk, you need to map heat variability against social and economic vulnerability. At what temperature threshold does heat stress endanger the most vulnerable populations?

When it comes to heat stress, you can’t take the temperature of an entire city. Where you live matters. In cities, wealthier neighborhoods tend to have more vegetation, so hotter city areas are often those with lower socioeconomic conditions. Buildings in these areas also tend to increase the effect of heat stress on their occupants. Tower blocks, like those built across London in the 1960s as social housing, are vulnerable to overheating because they rely on residents to provide their own solutions, whether simply opening windows or running prohibitively expensive cooling appliances.

Heat stress also significantly affects working conditions. In many cities, commuting distance, access to cooling spaces, and outdoor or manual employment correlate with socioeconomic factors. Some communities are more reliant on city infrastructure to get to work, and are potentially exposed for longer to higher temperatures, sometimes during the hottest parts of the day. This is why it’s important to have shared visibility of climate risk and communicate with businesses employing vulnerable workers or working with vulnerable populations. City planners and policy makers can effectively engage businesses to raise awareness of heat stress among vulnerable workers' and encourage businesses to plan for the financial impacts heat stress might have on their business and their employees in advance.

Among vulnerable populations, not everyone is equally able to access and implement heat stress guidance. To protect them from the effects of extreme heat, city planners need to think about how policy (capacity building in the health and social care sectors) and infrastructure (designing appropriate facilities) interact to benefit these citizens.

Fortunately, urban heat islands can be mitigated by relatively simple, swift local adaptations that significantly reduce heat stress. One such solution is to make exposed impermeable surfaces, like roofs, pavements and roads more reflective. Choosing paler materials for their construction, or painting existing surfaces white, increases city albedo (i.e. how reflective a surface is). Heat is less easily absorbed and retained. This tactic has been adopted from Hyderabad to New York City and can lower temperatures during heat waves by 2°C.

Increasing vegetation and access to green space across a city is another adaptation strategy offering relatively quick implementation and significant benefit. To have a cooling effect on urban heat, planting must be strategic. The cooling impact of vegetation is very local, so vegetation needs to be spaced out across the city to have an effect. In Singapore, innovative use of vertical city space brings vegetation right to the top of buildings. Medellin, in Colombia, has introduced interconnected “green corridors”, targeting some of the city's busiest areas. Cities such as Los Angeles, Melbourne and Barcelona have set heat reduction targets that are directly related to increasing vegetation across the city.

Climate intelligent city planners have a clear understanding of how and when heat stress is likely to impact them and their citizens, and with what severity. Equipped with that knowledge, they can implement strategies to ensure their resilience. Everyone across the city can access the same Climate Intelligence as part of the same collaborative network. When this Climate Intelligence is open, networked and accessible to all, it builds a shared understanding of climate risk and priorities and supporting partnerships. It empowers other decision-makers to incorporate these learnings and drives best practice, and transformative change, at pace

This coordination is critical - and it’s only possible if everyone has access to the same Climate Intelligence.

Ensuring that communities also share a clear view of the risks posed by heat stress can directly impact resilience. When information on climate risk is made accessible, citizens are more likely to trust local policymakers and engage with city-wide heat stress guidance and monitoring processes. This is essential not only to educate people on the risks of climate change, but also to enable businesses and individuals to identify opportunities and take their own action to foster resilience.

Climate Intelligence equips planners to build climate resilience into the fabric of their cities and will drive a growing network of resilient urban hubs.

Cervest’s Climate Intelligence is built on three core principles: irrefutable and evolving science, quantification for every asset, and open access for all. Powered by advanced science and technology, EarthScan™ discovers, quantifies and shares climate-related

hazards, including heat stress, across a range of scales – from individual buildings to groups of structures or entire geographies.

With this unprecedented, on-demand view of climate risk to specific infrastructure, localities or entire geographies, city planners are empowered as never before to build communities and cities that can withstand – and even thrive – in a rapidly heating world.