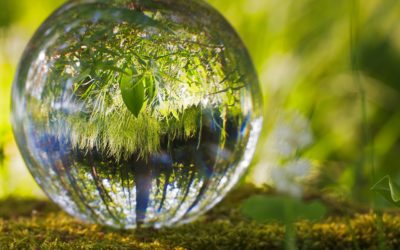 It might have been Earth Day last week, but it is increasingly apparent that taking collective positive action one day a year is not enough.

Indeed, it has been a heady few weeks of climate activism – from David Attenborourgh’s rousing and shocking BBC documentary laying bare the facts about climate change, and Greta Thunberg’s fierce criticism of the UK’s environmental record, to the Extinction Rebellion protesters camping out on the streets of London to highlight the need to take immediate, urgent action.

The warnings are stark: we are running out of space, time and food. It is estimated that due to degraded soil fertility and climate volatility we have just 35 growing seasons remaining to double food production in order to meet the needs of nine-billion+ people (and our pets).

It’s now not just the Earth’s climate that is changing rapidly; the climate of public opinion is shifting too. And businesses who ignore this do so at their peril.

Consumers increasingly want to see the brands they buy act in ways that don’t harm the planet, according to a recent report from J Walter Thompson Intelligence. The study discovered that:

Crucially, 70% of respondents said they would be willing to pay more for products and services if they protect the environment. Meanwhile last month, the Carbon Trust revealed research showing that two-thirds (67%) of consumers support the idea of a recognisable carbon label demonstrating that products have been made with a commitment to measuring and reducing their carbon footprint.

The consumer demand for environmental transparency and mindfulness is as real as climate change, and it is imperative that the very businesses we buy from, work for, invest in, and sell to, reflect how we want the world to be treated. No business in 2021 should gain from treating nature badly, especially when this is ultimately at the expense of our future – whether we like it or not.

Action to foster a ‘green’ image is a good start. However, only fundamental shifts in business practice will genuinely differentiate those who care from those who just say they do.

True, some have launched or revamped products to appeal to increasingly climate-conscious consumers, and increasingly, shareholders who see little point in investing in a future that comes with a degraded planet. But, with some notable exceptions, very few businesses have made the necessary structural changes that will not only prepare themselves for the impact of climate change or global water shortages on their business processes, but actually give them the means to actually exist 20, 30, 40 years from now.

To paraphrase Jesse Barron who wrote of the hedge fund manager Jeremy Grantham, in the New York Times “If he were right he could make billions. If he were wrong, it wouldn’t matter, because the world would be on fire.” So the smart money is hedging on acting now – the alternative is catastrophe.

So, as a business where do I start?

First, recognise that you have a blindspot.

A recent paper in Nature Climate Change found that companies were wildly underestimating the impact of climate change on their supply chains, customers and employees.",

And before either Mother Nature or government regulation strong arms businesses to adapt, you could act now: new technology enables companies to protect themselves from climate volatility while responding to genuine customer needs for a more sustainable business.

Cervest is on a journey to help. It is building an AI platform to address these challenges by predicting land productivity, simulating climate impacts and providing early signals for land-based decisions (relating to agriculture, forestry, water, soil). We enable growers, food and beverage sector companies, insurers and policy makers to plan with confidence — taking the right immediate mitigating actions and helping them to plan longer term adaptations too.

Our AI is designed to help companies make better, climate smart decisions in the face of increasing climate volatility – so that they can ensure business continuity, and sustainable growth – ‘sustainable’ in both senses of the word.

Please reach out to find out how Cervest’s technology can help you future proof your business.