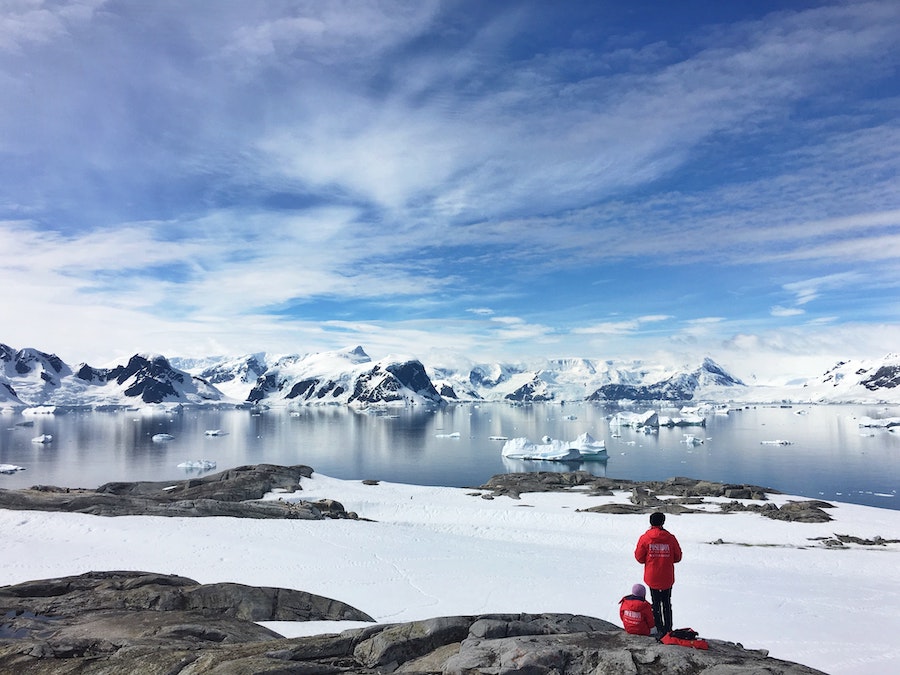 As part of our continued support for women in climate science, we are profiling some of the trailblazing pioneers that are inspiring other women to join this vital field. In this edition, we are exploring the life and career of Prof. Corinne Le Quéré FRS CBE, global carbon cycle pioneer and creator of the world’s ‘coolest’ Gin and Tonic.

In the Reuter’s Hot List ranking of the world’s 1,000 most influential climate scientists, fewer than 14% are women in climate science. In that 14%, stands “The Rarity”, Corinne Le Quéré.

The phrase “standing on the shoulders of giants” - taking the learnings from previous major thinkers to make intellectual progress - aptly describes the  academic process. It was first coined by Sir Isaac Newton, and is a firm favorite of Cervest’s Head Climate Scientist, Dr. Laura Zamboni. Climate scientist, oceanographer and founder of the Global Carbon Budget, Le Quéré is one of these giants.

Who is Corinne Le Quéré?

A Professor of Climate Change Science at the University of East Anglia, Le Quéré is most renowned for her groundbreaking research into the global carbon cycle, the complex and fascinating system that moves carbon within and between the atmosphere, the oceans, and living things.

Le Quéré specifically focuses on how the natural carbon cycle responds to increased carbon emissions. She also co-authored the 3rd, 4th and 5th assessments of the Intergovernmental Panel on Climate Change (IPCC), a highly influential scientific body responsible for advancing our understanding of climate change and providing policymakers with regular assessments on its impacts and future risks.

Le Quéré in the headlines

Le Quéré’s research is more famous than many realize. In the midst of the pandemic, when COVID-19 forced the world to a halt, people asked “What’s happening to carbon emissions?”. Le Quéré answered.

In May 2020, Le Quéré’s determination that “global CO2 emissions plummet by 17% compared to 2019 levels” dominated headlines worldwide. She mobilized a team of 13 scientists across six countries who analyzed the data and submitted a paper in the journal Nature just 25 days later. Both an anomaly and a trailblazing achievement in the world of science.

Uncovering evidence for human impact on the carbon cycle

Le Quéré’s first big scientific breakthrough came in 2007, when she uncovered evidence that the natural carbon cycle was sensitive to human activity, and not as stable as originally thought. Before her paper, the scientific community believed that around half of all the CO2 emitted into the atmosphere was absorbed by carbon sinks, one of these sinks being the ocean.

Unlike others, who were trying to link human activity to climate change, Le Quéré never intended to uncover this evidence. She wanted to understand how natural processes could change the way the Southern Ocean takes carbon from the atmosphere. Le Quéré observed that increasing wind changes in the Southern Ocean’s circulation were bringing natural carbon to the surface and ‘outgassing’ (i.e. expelling) it. This alters the sink’s ability to store and offset CO2 from the atmosphere, highlighting the need for us to monitor these changes.

Founder of the Global Carbon Budget

Le Quéré leads the team that keeps track of where carbon is being emitted and where it is being absorbed, annually and on a global scale. She is the founder of the Global Carbon Budget, part of the Global Carbon Project. This revolutionary model leverages large amounts of data to quantify the carbon cycle process in relation to global and national carbon emissions. 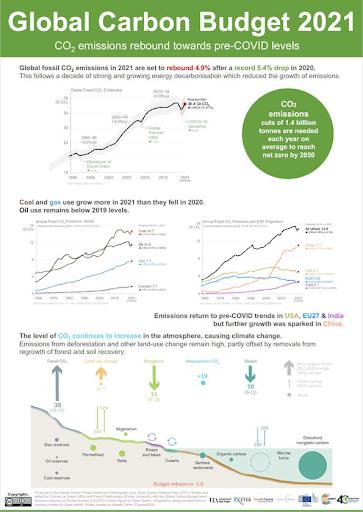 Le Quéré’s academic career began at her home in Quebec. If she had called the sports department at the University of Montreal just a day earlier, she would have made the enrollment deadline and started down the path of becoming a sports teacher. Having missed the window, she called the physics department, who told her “yeah, you’re welcome here. We take everybody.” Thus began Le Quéré’s scientific journey.

However, it wasn’t until 1990 at Princeton University that she found her true vocation of studying the carbon cycle. Despite not having the necessary programming knowledge, Le Quéré joined the team of Jorge Sarmiento, professor of geoscience and geological engineering. A young pioneer, Le Quéré’s played a decisive role in cracking the code of how the oceans fit into the carbon cycle. Versions of this model are still used today.

Fast-forward to 1997 where Le Quéré would cross paths with ecosystem scientist Professor Colin Prentice, who had just been asked to author a chapter on the carbon cycle for the IPCC’s third assessment report. Prentice knew plenty about terrestrial carbon sinks, but not oceans. After listening to Le Quéré’s presentation in Cairns, Australia, Prentice enlisted her into his team of predominantly male scientists.

In her Ted Talk, “Inside the mind of a Climate Scientist”, Le Quéré redefined what it means to be a “cool” climate scientist. She told the story of how in 2010, she and a colleague met then UK prime minister, David Cameron, to discuss climate change. They took along a block of prehistoric Antarctic ice to demonstrate the amount of carbon dioxide in the atmosphere when it froze 100,000 years ago.

Samples of aged antarctic ice are often used in climate science to show how the levels of greenhouse gasses in the atmosphere have changed over time. Cervest Climate Intelligence pioneer, Dr. Helen Beddow, has conducted research and co-authored scientific papers in this field.

After the meeting, Corinne was horrified to learn that the rest of the ancient sample would just be left to melt. To her, the ice was priceless. So she dashed home to her family for a once in a lifetime opportunity; enjoying a very cool gin and tonic with a slice of 100,000 year-old ice.

Why we need more women in climate science

To tackle the issues caused by climate change, we need more girls and women joining climate science. Diverse scientific and technical teams will unlock innovations like Earth Science AI, the advanced science and technology behind Cervest’s Climate Intelligence products, enabling us to build a more resilient future for our planet. We need inspiring role models, like Le Quéré, to ignite the passion and curiosity in women to pursue a career in climate science, and to champion the often unsung contributions women have made to this crucial field.