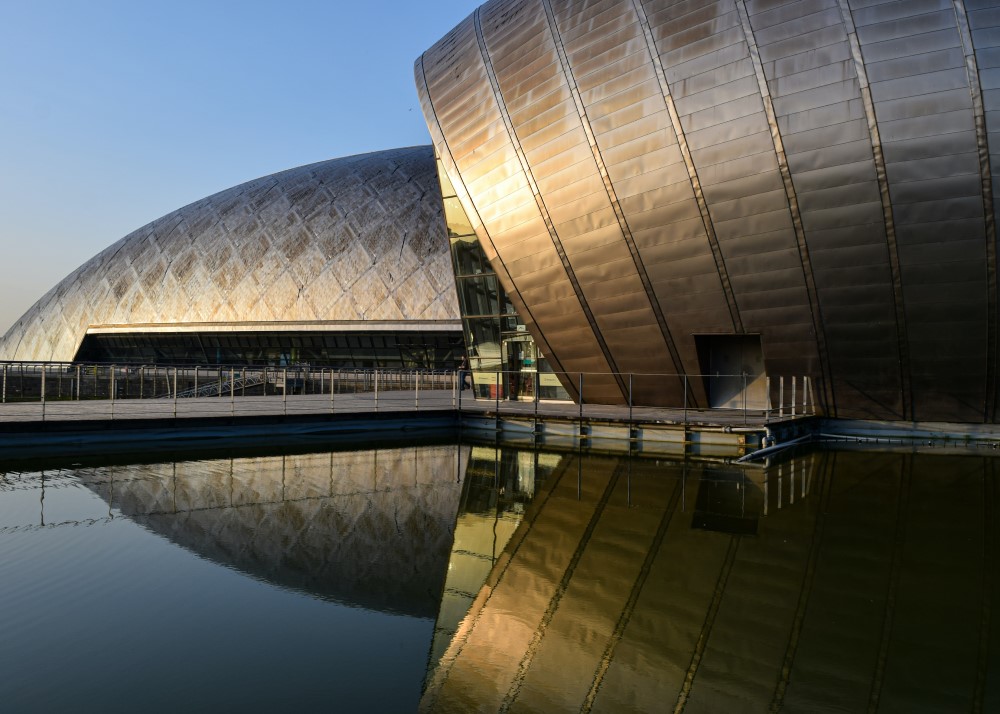 After being on the ground in Glasgow at COP26, Sachin Kapila, Cervest’s Chief Climate Risk Officer, shares his take on the Glasgow Climate Pact:

With the thump of the gavel on Saturday evening, the Glasgow Climate Pact was adopted. The final result was met with a mixed reception by the negotiators and the media.

The Pact encompasses some important firsts, representing steps forward that would have been unimaginable five years ago. These include official recognition of coal’s place in the energy transition, nature-based solutions playing a much more central role, and scaling up commitments to adaptation and adaptation finance. But it needed to go further to deliver on the Paris Agreement.

In my view, in addition to further emissions reductions, there are three key things that will be critical moving forward for effective Climate Action. We need to turn Nationally Determined Contribution (NDC) pledges into legislation, mobilize climate finance in ways that don’t hit developing countries with expensive repayments on loans, and harmonize carbon pricing frameworks.

The way COP26 was organized around thematic days made it unlike any COP I have attended. Over the last two weeks, what unfolded felt like a constant stream of unprecedented announcements, pledges, new partnerships and coalitions designed to give everyone a sense of hope that across every sector, the dial really is beginning to move.

One could be forgiven for thinking that this was a well-choreographed diversion to direct attention away from the very real and difficult negotiations happening elsewhere. Here, away from the crowd, delegates from the 197 parties that make up the United Nations Framework Convention on Climate Change (UNFCCC) were trying to stitch together some sort of deal.

The UNFCCC and COP process follows a consensus-based approach — essentially texts are drafted, negotiated and re-written until there are no objections. The main objective is to progress to a point where all convention signatories can live with the text, despite being unhappy with some aspects.

This is exactly what we witnessed in Glasgow — the ultimate show of political compromise. So much of the nuance sits within the details of the Pact’s ten pages.

Below are some of my takeaways from the COP process.

1. A lesson in the true nature of diplomacy politics and negotiation tactics

The world witnessed nothing short of a negotiation masterclass from India and China during the closing plenary on Saturday. The resulting change in wording adjusted the Pact’s level of ambition on coal use by replacing ‘phase out’ with ‘phase down’ – one simple word change but with so much meaning and context.

China and India held back until the point where the Pact text had ostensibly been agreed and was about to be adopted. This was like waiting to throw down one’s trump card until the very final moments when no-one has any further room for manoeuvre. Leaving it to the last minute means only one thing — getting a deal over the line is more important than rejecting the deal.

No one was willing to be the nation that jeopardized the deal, so a less satisfactory deal became better than no deal. All parties could walk away saying that the deal delivered some real progress given all the firsts it encompasses and keep the 1.5℃ hope still alive.

In the world of politics, hope is everything.

2. Specific wording on coal included for the first time

For the first time discussions on phasing out coal and removing the inefficient subsidies that support the fossil fuel industry led to the inclusion of specific wording in the Pact. Even countries heavily dependent on coal officially recognized its finite utility.

This was a step in the right direction, but to deliver on the Paris Agreement what we needed was a jump. With no specific target date set for ending unabated coal (i.e. burning coal without carbon capture and storage) and problematic questions on how to define “unabated” and “inefficient” presenting potential loopholes, there is still a long way to go on fossil fuels.

3. COP26 recognized loss and damage, but no details included in the Pact

Adaptation was mostly ignored at previous COPs, so increased ambition on scaling up and financing adaptation is welcome. However, financial pledges are still nowhere near enough. By including language around ‘loss and damage’, the negotiations did acknowledge that compensating nations for climate change loss is a very real concept and one they need to address.

However, it was placed in the “too hard” bucket when it came to including it in the text of the Glasgow Pact. The door has been left ajar to continue dialogue but future COPs will need to make significant progress with agreements which define clearly what loss and damage might cover, including loss to infrastructure, people's livelihoods and business continuity.

4. Bringing NDC stocktaking forward is a necessary step, but 1.5°C is sailing out of reach

Bringing NDC revisions forward to 2022 rather than the previously agreed 5-year timeline is an essential step towards determining just how far we are from the Paris goal. While we wait to see exactly how much progress has been made at the national level, today it’s clear that current ambition still pushes us well beyond 1.5°C.

The most optimistic outlook, if we meet all currently announced Net Zero targets, is 1.8°C. More pragmatic estimates, based on full implementation of 2030 NDC pledges, only limit warming to 2.4°C. There is some optimism to be found in targeted mitigation efforts, like the South Africa deal.

These demonstrate clear insight into where to place finance to make impactful reductions, but is there the same appetite to construct similar arrangements for other coal-dependent economies such as India?

5. Financial commitments are key, but it’s time to rethink repayment on climate finance

Most of the $100 billion climate finance pledged will be in the form of loans not grants. Developing countries already coming out of a very economically harsh pandemic will be hit with paying interest on climate-related loans.

Over the coming decades, we are likely to see climate debt as an emerging problem, in nations that are, for the most part, not responsible for the bulk of emissions driving the climate crisis. Climate finance must be about rewiring and redistributing the trillions of dollars circling the economy, rather than leading more capital away from developing nations through climate loans.

To ensure a fair transition, the central banks of the OECD, multilateral organizations and development finance institutions need to find a smarter way of channelling interest payments into innovative alternatives. One way of doing this could be, for example, through ’debt for nature’ or ‘debt for energy transition’ swaps.

6. Progress made on a carbon markets ‘rulebook’ but still no carbon pricing framework

Agreement on ‘the rulebook’ for carbon markets is a welcome step forward. The carbon market has emerged as a way to encourage companies to limit emissions by trading carbon emissions allowances. It places a cost on carbon - carbon pricing.

However, to avoid carbon markets becoming a way to shuffle round numbers without actually reducing emissions - a practice known as greenwashing, carbon markets need to be regulated and controlled. New rules were adopted to address the double counting issue (emissions reductions being claimed more than once by different actors) that has plagued Chapter 6 of the Paris Rulebook. What was missing was clarity on who exactly would be responsible for providing this scrutiny.

Further work should establish how the world evolves to a global carbon pricing model and tackle carbon leakage. Carbon leakage is the practice of pushing activities that produce emissions to places where there is no carbon regulation or pricing which impacts business competitiveness in places that are regulated. This has driven worries over high carbon pricing leading to a shift in manufacturing and business to unregulated jurisdictions.

To create a level playing field, and avoid potential carbon tariff wars, there needs to be multi-jurisdictional cross-border carbon tax arrangements. Future COPs need to determine how carbon tax arrangements live side by side with emissions trading mechanisms and how to avoid carbon leakage while maintaining business competitiveness.

7. The Pact recognizes nature’s role in mitigation, but misses its true value

In another first, nature played a central role as a potential solution in negotiations. Discussion covered deforestation pledges, the role of forests in carbon markets and offsets, and the value of resilient ecosystems to address physical risk.

However, nature was presented mainly as a means of carbon removal and offsetting. This is a vast oversimplification and under-valuation of the services and benefits ecosystems provide. It’s time to shift this paradigm and price natural assets and their services in a way that recognizes their true value.

Similar to what we have chosen to do with carbon, an artificially-created commodity, we need to internalize the positive externalities that we get from nature, such as food, water, protection against flooding, and make these services and benefits a concrete part of the way we attribute value to natural assets.

8. Good news was happening outside the official negotiations

The High-Level Climate Champions published an excellent summary of other concrete commitments made on finance, policy and implementation of climate action during COP26 in their, ‘Signals of Change’ post.

The global emissions reduction required this decade is truly herculean — 45% in total. And that’s only a fraction of the work that needs to be done. The impacts of climate change will not conveniently pause while we work towards Net Zero, so we need to do a better job integrating adaptation into Climate Action ambitions. Scaling the pace of Climate Action requires scaling up access to climate knowledge and education for everyone. Translating promises into action and implementing the Pact means enabling everyone —governments, business and individuals — to make choices and decisions that will cut emissions and together build our collective climate resilience. Simply said, we will all need to become more climate intelligent, because the transition will be anything but smooth. So strap on your seatbelts and prepare for one hell of a roller coaster ride! Bring on COP27 in Sharm El-Sheik, Egypt.