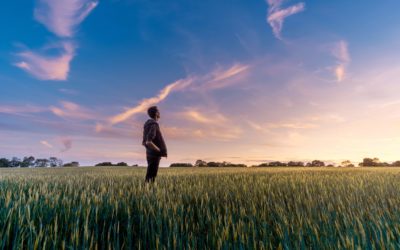 Here’s a story on a risk that very few retail businesses saw coming.

On July 5th 1994, a small, unassuming online bookseller called Amazon set up in a garage just outside Seattle, USA. 25 years on, it has grown into an $815 billion behemoth that has transformed the way goods are consumed and distributed – and continues to disrupt every industry it touches.

Its almost pathological ‘customer first’ mentality means that 74% of consumers go to Amazon when they’re ready to buy something. By the end of this year, Amazon is expected to account for 52.4% of the e-commerce market in the U.S. These facts alone should be keeping any retail business leader up at night.

Some retailers have taken heed and adapted successfully. British retailer John Lewis squared up to shifting consumer purchasing habits early – and its continued potency is testament to that. At a critical time for the business, it adopted a start-up mentality and explored what the world was going to look like in 10 years’ time – identifying new digital propositions that could be blended into existing business to improve it.

John Lewis may not have escaped the entirety of the fall-out from the high street crisis, but its forward-thinking digital strategy has undoubtedly helped mitigate the worst and provide some breathing space to adapt. Tesco is sloughing off years of legacy and slowly carving out a new business model. It may never be preeminent again, but it’s adapting by being leaner and seeing the future for what it is.

There is a valuable lesson here: either you redefine yourself or you let the competition redefine things for you. Those who recognise the challenge early and are willing to take bold action – thrive and prosper. Those who don’t, won’t.

And painful though the fallout experienced across retail is, it is by no means as big a crisis for humanity as the changing climate we face today. As US science educator Bill Nye recently put it so eloquently: “the planet is on f*@&ing fire”.

Mark Carney and François Villeroy de Galhau warned in their recent open letter: “If some companies and industries fail to adjust to this new world, they will fail to exist.” This is what many investors have been saying for decades: climate change, and the market and regulatory response to it, has the potential to upend entire markets and sectors, and consign even the largest companies to the dustbin of history.

Businesses cannot carry on as we have before and need to think up smart new ways to design for a more uncertain climate to ensure their own long term prosperity without compromising the environment that they rely upon to exist in the first place.

A thriving planet – one business decision at a time

While it might seem a daunting prospect (and we’ve written about the dangers of climate panic, anxiety even, leading to personal inertia) the good news is that most modern leaders are beginning to explore how they can take better decisions that protect its future through smarter mitigation and adaptation. The only way to do that with any rigour is by having access to powerful, robust insights into future outcomes.

At Cervest, we are setting out to build a powerful, predictive platform that informs everyday decisions businesses and governments make, with future climate uncertainty built in. The aim is to supply AI-driven indicators (or signals) of your future business outcomes to make smarter decisions: mitigate the risks you face in the short term and dynamically adapt your business processes for the longer term.

Cervest is trialling use cases in agriculture, food supply and insurance, where the climate crisis is already having a significant impact on business.

The goal is to be able to monitor, predict and simulate crop yield and soil organic carbon with high accuracy, and suggest appropriate action… anywhere on the planet, so that in future, conceivably:

And going forward our platform could also enable us to provide wider land-based asset decision support in areas such as forestry, flood management, soil degradation and impact on wildlife.

The climate crisis is real.

To protect and grow your business and to support a thriving planet takes the same realisation, action, and innovation as you need in order to successfully adapt to new business challenges and market forces. New ‘climate smart decision’ technology means that businesses involved in the land economy have an opportunity to prosper and make a positive impact, protecting both the planet and their livelihoods, one smart decision at a time.

Photography is by Benjamin Davies on Unsplash.