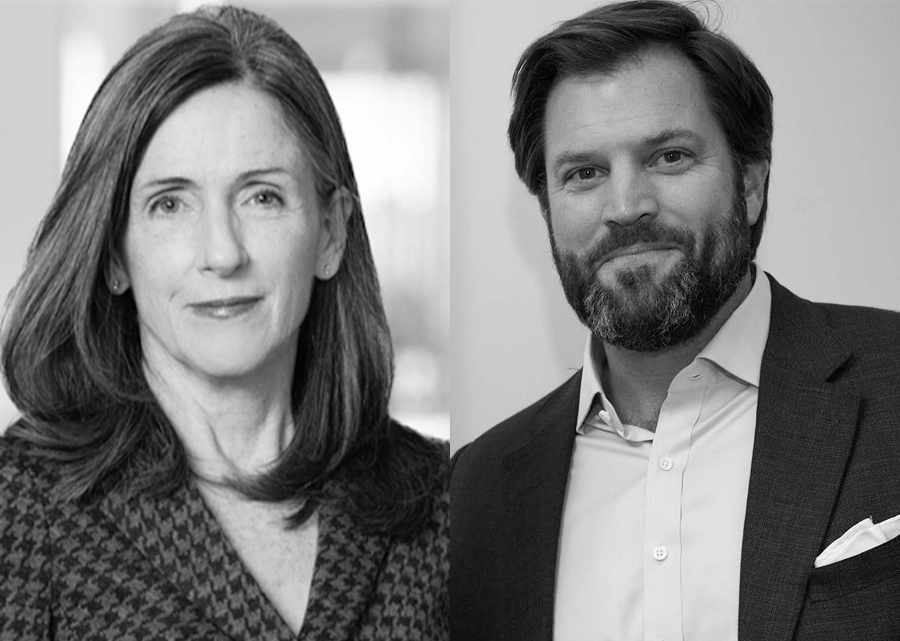 We are delighted to announce that two new members have joined Cervest’s Climate Intelligence Council (CIC): Carol Browner, former Administrator of the Environmental Protection Agency (EPA) and Director of the White House Office of Energy and Climate Change Policy, and R.P. Eddy, a national security and risk expert who previously served in the U.S. government and as a United Nations diplomat.

Cervest established the Climate Intelligence Council to elevate the discourse around the need for Climate Intelligence (CI) as the new decision-making superpower for the 21st century. Inaugural members bridge the worlds of science, policy, finance, technology and business. Leveraging their expertise and influence, CIC members will work alongside Cervest to advocate for asset-level climate analysis to be at the core of every decision and investment, and to champion Climate Intelligence as a critical instrument in the race for businesses and governments to adapt with climate change.

A leading voice on environmental and sustainability issues, Browner has nearly four decades of experience in public policy, regulatory, environmental impact issues, corporate sustainability, and clean energy and ESG initiatives. As Assistant to President Barack Obama and Director of the White House Office of Energy and Climate Change Policy, she helped oversee the coordination of environmental, energy and climate initiatives across the government, including new automobile fuel efficiency standards and the most stringent air pollution standards in U.S. history.

R.P. Eddy is the CEO of geopolitical intelligence firm, Ergo, and a widely published author. He has also held several high-profile national security positions in the U.S. Federal Government, including Director at White House National Security Council, and Diplomat in the Senior Executive Service at State Department under President Clinton.

The CIC’s work comes at a critical inflection point in the climate crisis, when exponential technology can unlock new opportunities and better decisions about climate adaptation at scale. As last year’s IPCC (UN Intergovernmental Panel on Climate Change) report highlighted, a persistent rise in global warming is triggering more volatile, extreme weather events with accelerating severity and frequency. According to NOAA’s National Centers for Environmental Information, in 2021 in the U.S. alone, there were 20 weather/climate events with losses exceeding $1 billion each, for a total cost of $145 billion. At scale, the world needs to simultaneously decarbonize and build asset-scale resilience to securely deliver a 1.5C world.

Furthermore, a recent Cervest survey revealed that 83% of decision-makers at large businesses in the U.S. and U.K. believe climate volatility poses a tangible risk to their corporate bottom line. Adaptation and resilience against physical risk are essential to ensure we deliver mass social, economic and environmental returns, yet most decision makers have no idea where to start. The need for reliable Climate Intelligence is clear.

“Within five years, climate will be at the core of every business, government and investment decision. Climate Intelligence will make this possible,” said Iggy Bassi, founder and CEO of Cervest. “Climate Intelligence is the new decision-making superpower for the 21st century. It will inform and empower everyone to build resilience against climate risk down to the asset level. CIC members will advocate the need for Climate Intelligence across all sectors and geographies. Drawing on their objectivity and expertise, they will keep us true to our commitment to provide Climate Intelligence that is science-based, transparent and open to everyone.”

“To make sound, durable public policy you have to have the latest information and science. To tackle a problem of the magnitude of climate change, it's important to build public confidence in the decisions being made. Climate Intelligence provides the science-based knowledge needed to make informed decisions,” stated Carol Browner. “This is why the work of the Climate Intelligence Council is so important. The CIC will drive the needed transparency and access to information required to make decisions and honor the public’s right to know.”